He got nominated for the Best Blogger of the year and Best Panelist of the year category respectively.

His model of dissecting issues has made him one of the finest and favorite discussants on air. It comes as no surprise that he got recognised in this year’s awards.

Boga Ali Hashim has carved a niche for himself as a force to be reckoned with in the media and blogging industry.

Meanwhile, The Western Radio and Television Personality (WRTP) Awards instituted two years ago, is being organized to reward and appreciate the hard work, dedication, and contributions of media personalities in the Western Region towards the media growth in the year under review.

Even though WRTP Awards is still young, it has grown to become one of the most respected award schemes in the Western Region and Ghana as a whole.

However, after unveiling the plaque to be given to potential winners of the 3rd edition of the Western Radio and Television Personality (WRTP) Awards 2021, the CEO of Ex-One Entertainment, Mr. Isaac Mensah has come out to explain the reason for coming up with the design of the new plaque.

Mr. Mensah stated that the design of the plaque for WRTP Awards 2021 was motivated by the theme of this year’s event: “Our Personalities, Our Priority”.

The Western Radio and Television Personality (WRTP) Awards plaque has changed over the past years. The previous plaque had a trapezium shape on a base all made of glass with a leaf stalk on it. This new plaque is a 5-sided star-shaped with the WRTP Awards 2021 logo in the middle on a golden base.

According to Mr. Mensah, “The media personalities in the region are our stars. They project us to the world and without them, we are nobody so the plaque has to be designed in that regard to reflect that purpose.”

“The base that you see under which is being done with the gold also represents what the region stands for. Western Region is well known for its large deposit of Gold” he added.

Even though WRTP Awards is still young, it has grown to become one of the most respected award schemes in the Western Region and Ghana as a whole.

KiDi, Adina, Hamilton & Others Win Big At The 22nd VGMAs: Here’s A Full List of All Winners 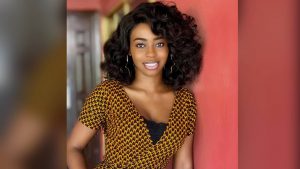 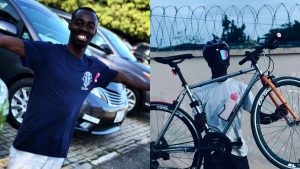 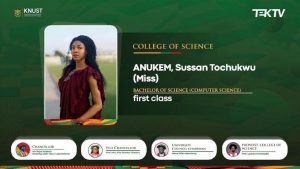